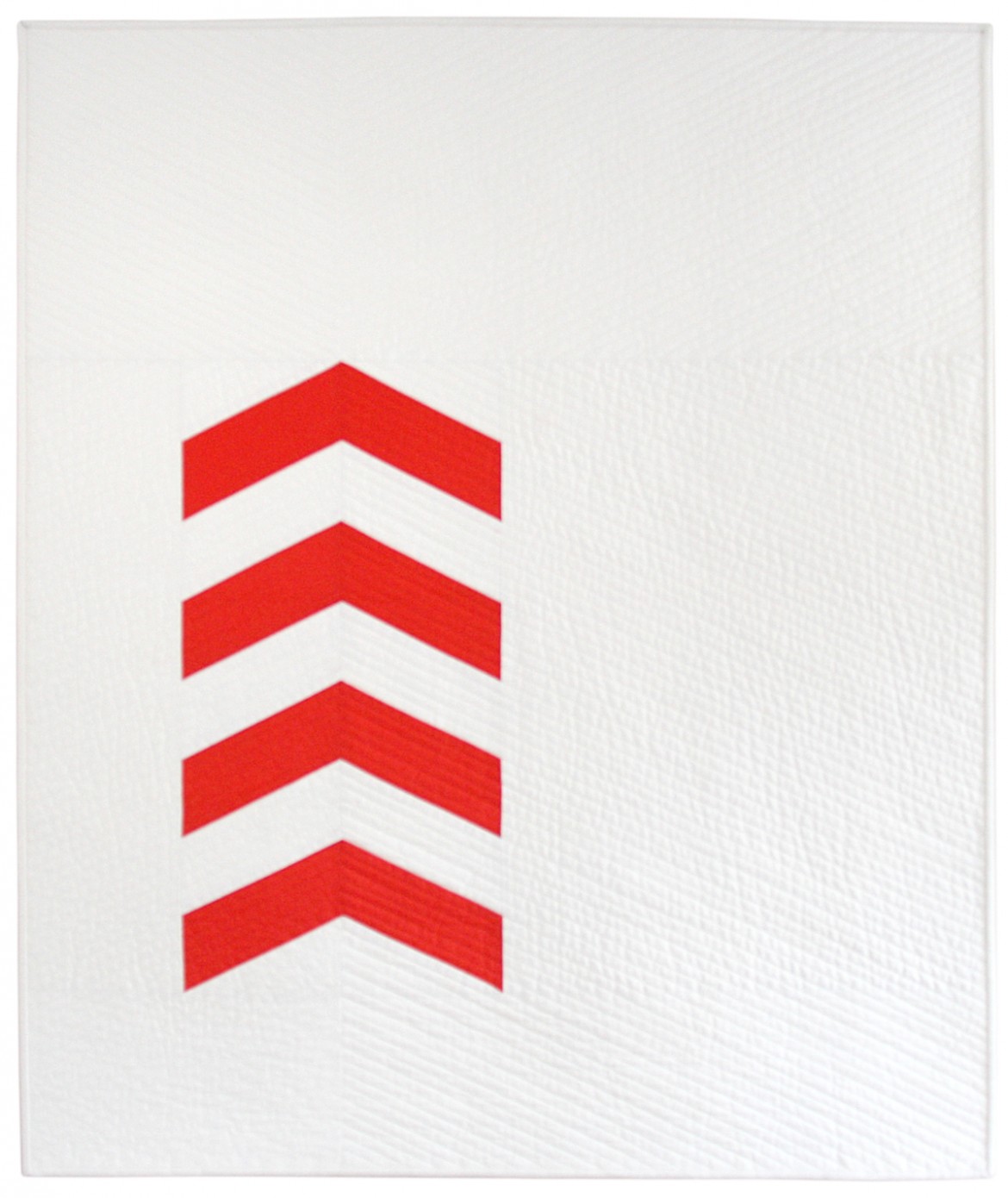 Inspired by a postcard, Ascend is a modern minimalist approach to the traditional red and white quilt. I used paper piecing to create the red chevrons and set them off center in negative space, which I quilted by echoing and outlining the chevrons. For visual interest, I reversed the direction of the quilting lines at the top of the chevrons and echoed the quilting lines to the left and right. Rotating the quilt changes the direction of the chevrons. I chose to orient the quilt so that the chevrons are pointing up, pointing the way to a higher level. Ascend was awarded second place in the Minimialist category at QuiltCon 2015.